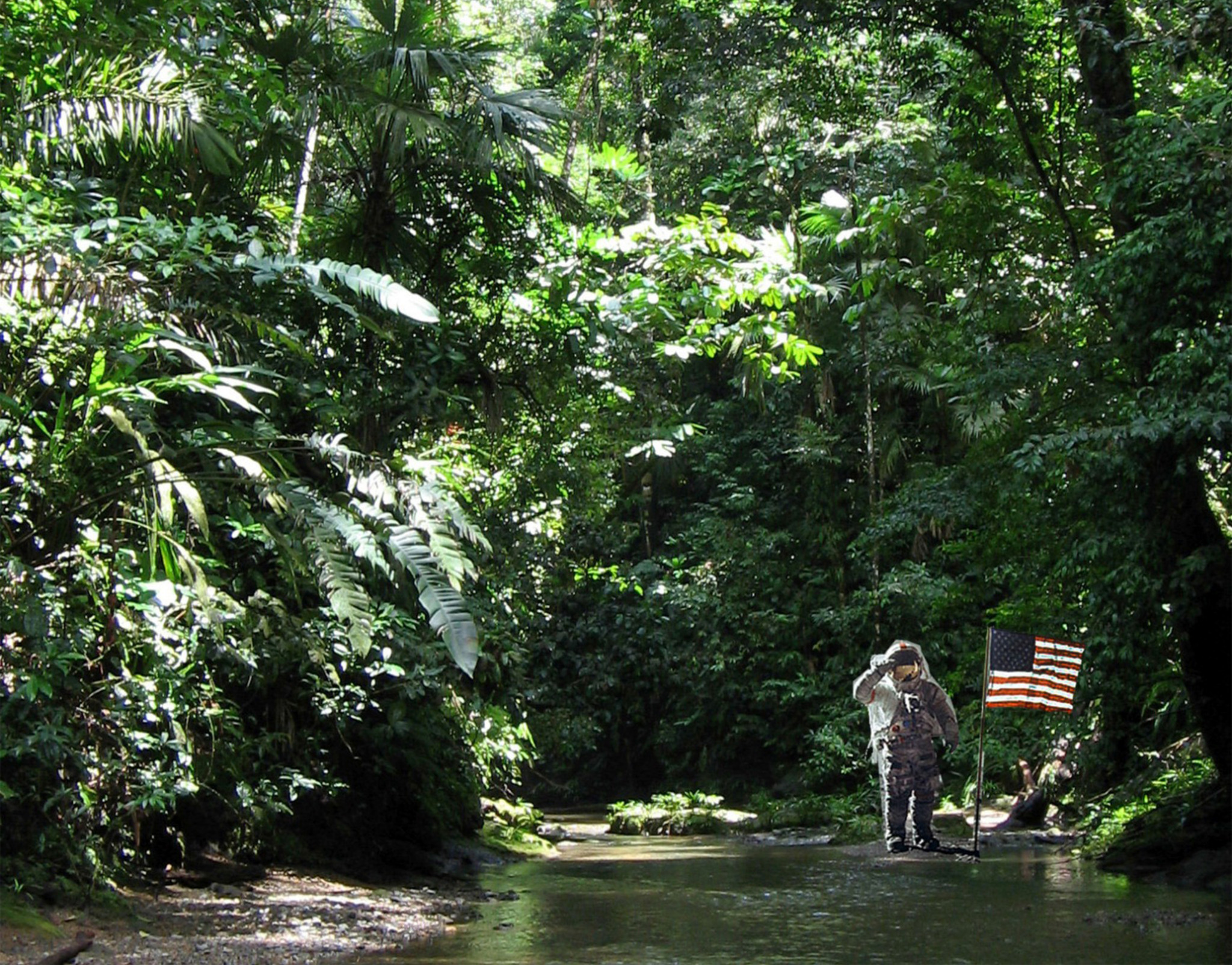 Written and directed by Andrés Jurado 2020

In the 1960s, as part of the moon trip training, American astronauts were abandoned in the Darien rainforests. In this survival exercise, Neil Armstrong meets a native, exchanges some objects, suddenly a terror invades his body. Did you think you would be beheaded, skinned, and eaten by a wild cannibal?

Welcome Interplanetary and Sidereal Space Conquerors intervene archive images and propaganda films of the Aerospace Race to tell, from the perspective of the so-called Third World, the story of man's desire to conquer space revealing his obsession to make it a colony while imagining it as an exotic paradise, full of beasts, and inhuman ghosts.

Confront and explore the astronaut-indigenous duality that haunted the jungle during the Cold War, rediscover the update of the colonial myths of conquest that covered up the invasion of the New World in search of gold and resources, until showing the image of delirious madness that will make the empire no longer a paper tiger but a wounded tiger about to explode.